Overwatch launched and immediately became super popular, but I wasn’t sure I would like it. I’d never gotten into Team Fortress 2, Counter Strike: Global Offensive frustrated me, and my time playing DotA 2 and League of Legends was short-lived. Somehow, despite Overwatch being likened to all of these games, I love Overwatch alone. 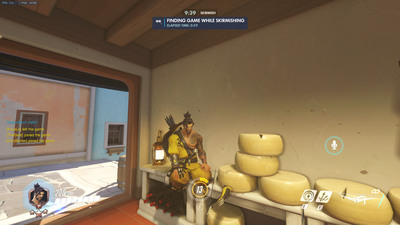 I originally bought Overwatch because my friend Summer got it and really enjoyed it, and I figured it’d be a way to stay in touch with her. I actually wasn’t concerned much about liking the game, thinking I’d use it to voice chat with Summer and simply tolerate the actual gameplay.

I’m not the best at aiming, which may have been why I never got the hang of CS: GO. As soon as I’d stick my head out of spawn, I’d be dead because a sniper got me. Despite my bad aim, I feel like I’m helping my team in Overwatch. There are a variety of different play styles across all the characters. I can latch onto an ally as Mercy or to an enemy as Symmetra, and aiming is no longer a concern. Even with characters that use traditional guns, like D.Va or Mei, I feel effective because of D.Va’s large bullet spray and Mei’s giant ice projectiles.

I like how each character has a different attitude about them, and how that translates into how I play them. I feel like a saucy bully as D.Va, chasing enemies off the payload and blasting them continuously. I feel above the petty concerns of the world as Symmetra, setting up my turrets in relative peace until an enemy dares to bother me, then I microwave them. When I’m Mercy, it’s painful watching my allies take damage or die, and I flutter amongst all of them, prioritizing those with the least health so I can keep everyone alive. I’ll also sacrifice myself as Mercy to get a good rez off and bring back multiple teammates, which seems to fit her personality. 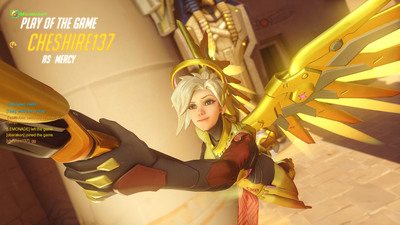 Overwatch on the PC has been an overall friendly community. I’ve met several complete strangers who have been lovely to play with. Even when I don’t friend someone and repeatedly group up with them, I still frequently get grouped up with people who are helpful, friendly, and pleasant in chat.

Sometimes you get pacifists on the enemy team who like to greet you and emote, then you have to remember “don’t shoot that Reaper, he’s the friendly one,” which adds a hilarious and challenging twist to an otherwise typical round of quick play. I feel like a jerk if I kill the guy who only wanted to wave at me and make quips.

I’ve also been very appreciative of Blizzard’s interactions with the community. Jeff Kaplan has been very responsive to fan requests, such as when someone asked for the Halloween event’s Junkrat voice lines to replace the standard lines when you equipped Junkrat’s Halloween skin. Kaplan’s response was a simple “ok,” then shortly after the update was made that granted the request. They’ve also been super generous with the free updates to the game that add new skins, sprays, victory poses, and emotes. Each event, I’ve been excited to earn a couple particular skins, and it gives me more reason to play the game.

Overwatch has become my go-to game. It’s a great change of pace from my usual story-driven singleplayer games like Dragon Age, and each match feels different because you’re playing with other people. I enjoyed Diablo III when it came out and occasionally pick it up again, but it never felt as exciting as Overwatch. Even when I grouped with others in Diablo, it was never as social as Overwatch because there wasn’t built-in voice chat. It’s great to be able to shout out “Reaper behind” and see my team respond, or to strike up a conversation in text chat while you’re waiting to respawn. 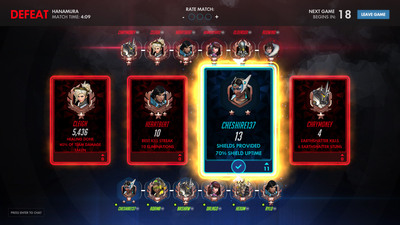 I recommend Overwatch to everyone that I find out is a gamer. The fact that I don’t enjoy competitive shooters and yet I still feel effective and have fun playing Overwatch is a great selling point. I think it was well worth the base price of $40 even before they started adding new content, but they keep adding new modes and iterating on the gameplay, fine-tuning the characters, so it’s an even better deal now.